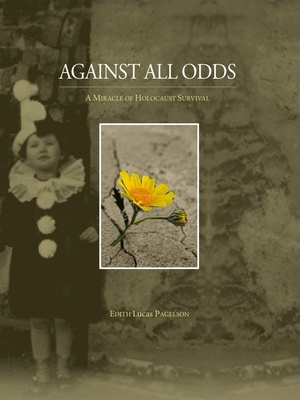 Edith was 12 years old in Worms, Germany, when her father told her she did not have to go to school that day. Their synagogue had burned in an infamous event that later was called Kristallnacht (“Night of Broken Glass)” – the beginning of the Holocaust.

In the new book “Against All Odds: A Miracle of Holocaust Survival,” Edith tells about life as a Jewish girl in Germany, how her 8-year-old sister Suse was sent to England for safety but passage could not be found for Edith, and how her family moved to Duisburg when things got too bad in Worms.

Proceeds from the book benefit the Holocaust & Human Rights Center of Maine.