Masters on Display – Live at OceanView!

“Tableau vivants,” French for “living picture,” were popular forms of entertainment before radio, film and television. Some tableaus were used to recreate works of art on stage with props and posed, costumed actors, who did not speak or move during the display. A couple of weeks ago, OceanView residents and staff staged their own take on a tableau, calling it “Masters on Display!” 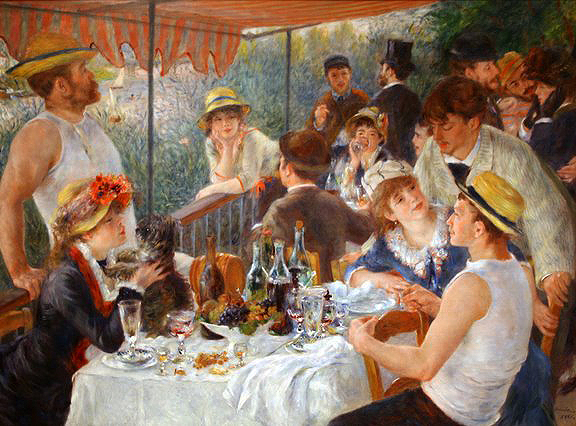 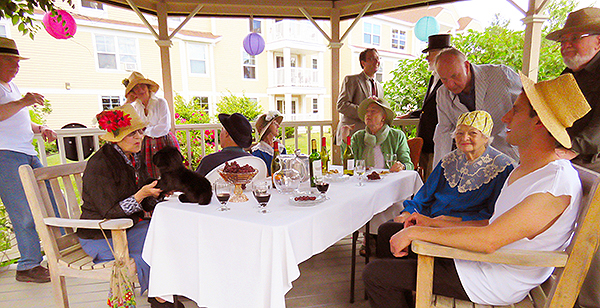 OceanView’s Catering and Food Services Manager, Steve, had the idea to stage a painting centered around food. Renoir’s “Luncheon of the Boating Party” was chosen and OceanView residents Mabel and Didi took charge coordinating “models” and props! The “Display” was staged in our Gazebo, which sits just beyond the patio of our Gazebo Grille Café. Additional chairs were set up on the lawn to accommodate a large audience of residents who watched the scene come together, while enjoying wine, cheese and French music. 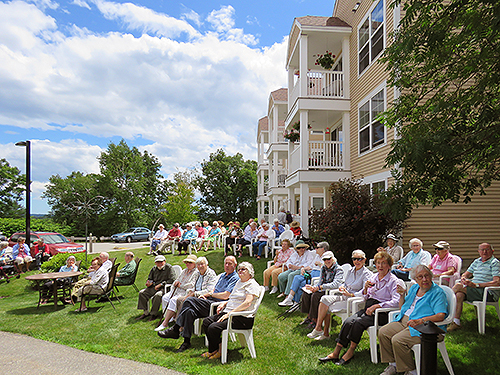 It certainly was a fun and unique way to kick-off the summer. So what’s the next piece of art to be taken on by OceanView’s Masters on Display? We’ll just have to wait and see!