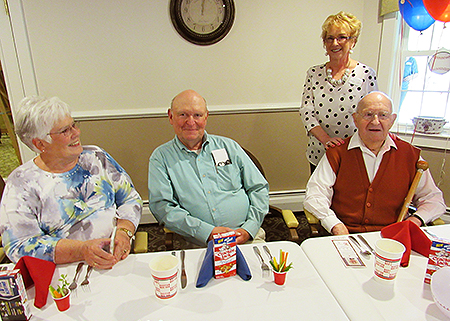 In 1986, Myron and Gladys Hager met John Wasileski, who was building a new retirement community called OceanView. The Hagers were the first residents to move in, with Myron becoming the first Chairman of the OceanView Resident Council.

31 years later, on May 26th, Myron celebrated his 100th birthday here at Falmouth House, which was decked out in a baseball theme. Boston Red Sox “tickets” showed the lunch menu which included Cracker Jacks, hot dogs and Maine lobster salad. John Wasileski was unable to attend the party, but gave a video speech from out of state, where he was attending a conference. 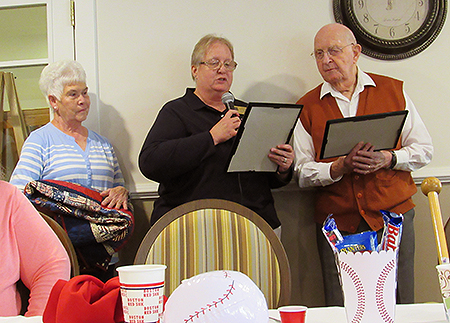 Donna Brookings, Quilts of Valor Maine State Coordinator and a retired Falmouth House nurse, presented Myron with a certificate, recognition letter and quilt made by a group in Yarmouth for his military service (above). Falmouth fourth grade students, who participate in our Senior Teachers program, had stopped in the day before to deliver over 100 handmade cards to Myron! 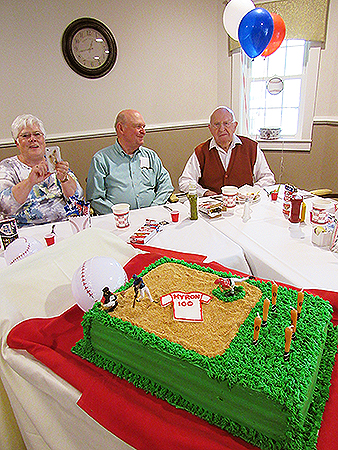 Residents, staff, family and friends sang “Take Me Out to the Ball Game” with Myron and shared pieces of a baseball field cake that was made by OceanView Dining Room Manager, Angela. 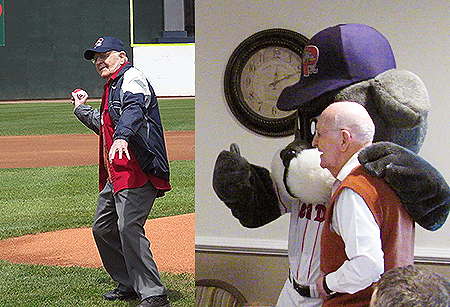 Happy Birthday Myron, and thank you for continuing to bring such kindness and joy to the OceanView community since our birth!

Masters on Display – Live at OceanView!
Scroll to top